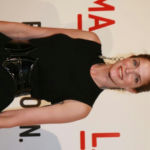 Why Is Stephanie Seymour Influential?

According to Wikipedia, Stephanie Michelle Seymour is an American model and actress. During the 1980s and 1990s, she was one of the most popular supermodels, being featured in the Sports Illustrated Swimsuit Issue and the cover of Vogue, as well as being a former Victoria's Secret Angel. She had a book published about beauty tips and has participated in advertising campaigns for clothing and cosmetic products. In 2017, Seymour launched her own line of lingerie. She has ventured into acting with one appearance in each medium of film, television, and video games.

Other Resources About Stephanie Seymour