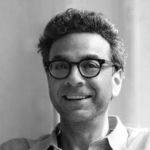 Why Is Stephen J. Dubner Influential?

According to Wikipedia, Stephen Joseph Dubner is an American author, journalist, and podcast and radio host. He is co-author of the popular Freakonomics book series and host of Freakonomics Radio. Early life and education Born in 1963 in Duanesburg, New York, to Solomon Dubner and Florence Greenglass , Dubner grew up as the youngest of eight children. His father, who died in 1973 when Dubner was 10 years old, worked as a copy editor at the Troy Record. Dubner grew up in a devout Roman Catholic household, his parents having converted from Judaism to Catholicism before his birth. As an adult, Dubner himself converted back to Judaism, an experience he chronicles in his first book, Turbulent Souls: A Catholic Son's Return to His Jewish Family.

Other Resources About Stephen J. Dubner

What Schools Are Affiliated With Stephen J. Dubner?

Stephen J. Dubner is affiliated with the following schools:

Stephen J. Dubner has made the following academic contributions: