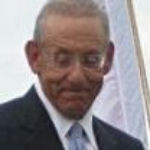 Why Is Stephen M. Ross Influential?

According to Wikipedia, Stephen Michael Ross is an American real estate developer, philanthropist, and sports team owner. Ross is the chairman and majority owner of The Related Companies, a global real estate development firm he founded in 1972. Related is best known for developing the Deutsche Bank Center, where Ross lives and works, as well as the Hudson Yards Redevelopment Project. According to Forbes magazine, Ross has a net worth of $7.6 billion in 2020, ranking him 185 on Forbes Billionaires List in 2020. Having doubled his net worth since 2008, he paid no income taxes in the next decade utilizing the losses on the properties he owned. Ross is also the principal owner of the Miami Dolphins and Hard Rock Stadium.

Other Resources About Stephen M. Ross

What Schools Are Affiliated With Stephen M. Ross?

Stephen M. Ross is affiliated with the following schools: