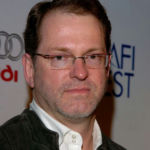 Why Is Steve Anderson Influential?

According to Wikipedia, Steve Anderson is an American film director, writer, and producer. After graduating with an undergraduate degree from Nazareth College in Rochester, New York, he gained experience as a television cameraman. He made documentary films for PBS, and won a Peabody Award for Safe Haven in 1987. He moved to Los Angeles, California in 1989 and worked for CNN.

Other Resources About Steve Anderson

What Schools Are Affiliated With Steve Anderson ?

Steve Anderson is affiliated with the following schools: