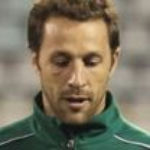 Why Is Steve Cherundolo Influential?

According to Wikipedia, Steven Emil Cherundolo is an American soccer coach and former player who currently serves as head coach of Major League Soccer side Los Angeles FC. He was the captain of Hannover 96 of the German Bundesliga, where he spent his entire club career. He represented the United States at the 2006, 2010, and 2014 FIFA World Cups.

Other Resources About Steve Cherundolo

What Schools Are Affiliated With Steve Cherundolo?

Steve Cherundolo is affiliated with the following schools: