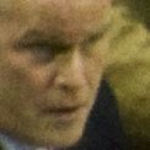 Why Is Steve Clifford Influential?

According to Wikipedia, Steven Gerald Clifford is an American basketball coach. He has previously served as the head coach of the Charlotte Bobcats/Hornets and the Orlando Magic in the National Basketball Association . Early life Born in Island Falls, Maine, Clifford grew up in Mattawamkeag, Maine, until the third grade, when he moved to Vermont. He played varsity basketball under Gerald Clifford, his father and head coach at North Country Union High School in Newport, Vermont.

Other Resources About Steve Clifford

What Schools Are Affiliated With Steve Clifford?

Steve Clifford is affiliated with the following schools: