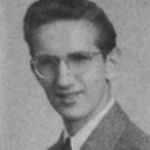 Why Is Steve Ditko Influential?

According to Wikipedia, Stephen J. Ditko was an American comics artist and writer best known as the artist and co-creator, with Stan Lee, of the Marvel Comics superheroes Spider-Man and Doctor Strange. Ditko studied under Batman artist Jerry Robinson at the Cartoonist and Illustrators School in New York City. He began his professional career in 1953, working in the studio of Joe Simon and Jack Kirby, beginning as an inker and coming under the influence of artist Mort Meskin. During this time, he then began his long association with Charlton Comics, where he did work in the genres of science fiction, horror, and mystery. He also co-created the superhero Captain Atom in 1960.

Other Resources About Steve Ditko

What Schools Are Affiliated With Steve Ditko?

Steve Ditko is affiliated with the following schools: