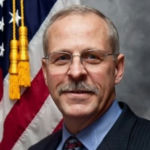 Why Is Stephen Murphy Influential?

According to Wikipedia, Stephen E. Murphy is an American retired federal agent of the U.S. Drug Enforcement Administration who, along with Javier Peña, was one of the lead investigators in the manhunt of Colombian drug lord and leader of the Medellín Cartel, Pablo Escobar.

Other Resources About Stephen Murphy

What Schools Are Affiliated With Stephen Murphy ?

Stephen Murphy is affiliated with the following schools: