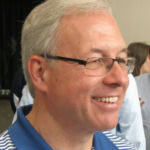 Why Is Steve Pettit Influential?

According to Wikipedia, Stephen Davis Pettit, Sr. is an American Christian evangelist and academic administrator serving as the fifth president of Bob Jones University. Early life and education Steve Pettit was born in Quitman, Georgia, but his parents, who had met in the United States Air Force, moved to Columbia, South Carolina, when he was three. Pettit spent his childhood in Columbia, performing in a workshop theater founded by his mother and playing the tuba in his high school band. He was the captain of the soccer team and was elected class president at his high school three years in a row.

Other Resources About Steve Pettit

What Schools Are Affiliated With Steve Pettit?

Steve Pettit is affiliated with the following schools: