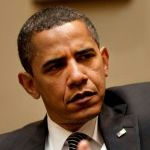 Why Is Steven Burd Influential?

According to Wikipedia, Steven A. Burd is an American businessman. He served as chairman, president and CEO of Safeway Inc. from October 26, 1992 to May 14, 2013. He is a member of the Republican Party. Early life Burd received a Bachelor of Science degree in Economics from Carroll University in 1971 and a master's degree in economics from the University of Wisconsin–Milwaukee in 1973.

Other Resources About Steven Burd

What Schools Are Affiliated With Steven Burd?

Steven Burd is affiliated with the following schools: