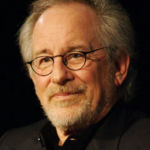 Why Is Steven Spielberg Influential?

According to Wikipedia, Steven Allan Spielberg is an American film director, producer, and screenwriter. A figure of the New Hollywood era, he is the most commercially successful director of all time. Spielberg is the recipient of various accolades, including three Academy Awards , a Kennedy Center honor, a Cecil B. DeMille Award, and an AFI Life Achievement Award. In 2013, Time magazine listed him as one of the 100 most influential people.

Other Resources About Steven Spielberg

What Schools Are Affiliated With Steven Spielberg?

Steven Spielberg is affiliated with the following schools: