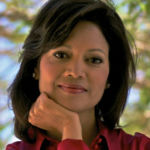 Why Is Sue Manteris Influential?

According to Wikipedia, Sunanda Tripathi-Manteris is an Indian-born American account executive and former journalist at the NBC affiliate in Las Vegas, Nevada, KSNV-DT. Manteris was raised in Littleton, Colorado, a suburb of Denver, where she attended Columbine High School. She went on to receive a bachelor of arts degree in Mass Communications in 1985 from Colorado State University Pueblo.

Other Resources About Sue Manteris

What Schools Are Affiliated With Sue Manteris?

Sue Manteris is affiliated with the following schools: