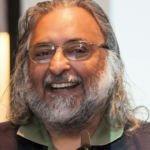 Why Is Suresh Rattan Influential?

According to Wikipedia, Suresh Rattan is a biogerontologist – a researcher in the field of biology of ageing, biogerontology. In addition to his professional research work on the biology of ageing, he is also very much interested and involved in the public communication of science and he likes to undertake explorations in the Indian classical music and semi-classical music by playing Tabla – the North Indian drums, as evident from music CDs "State of the Art: Small Town People" by Harry Jokumsen and other artists , and "The Fall and the Rise of a Woman" by Pearl in which he plays Tabla under his artistic name Shashi Maharaj.

Other Resources About Suresh Rattan

What Schools Are Affiliated With Suresh Rattan?

Suresh Rattan is affiliated with the following schools: