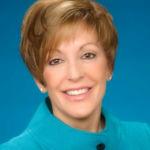 Why Is Susan Cameron Influential?

According to Wikipedia, Susan M. Cameron is an American businessperson who is the former chairman, president, and CEO of Reynolds American, Inc. Early life and education Cameron was born in Schenectady, New York and raised in Fort Lauderdale. Her father was a manager with General Electric and her mother was a secretary and school volunteer. The family moved to Florida when she was two, and she graduated from Ft. Lauderdale High School in 1976. She earned a B.S. in business from the University of Florida in 1980 and an MBA from Bellarmine University in 1984.

Other Resources About Susan Cameron

What Schools Are Affiliated With Susan Cameron?

Susan Cameron is affiliated with the following schools: