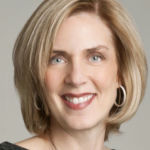 Why Is Susan McGalla Influential?

According to Wikipedia, Susan McGalla is an American businesswoman and executive consultant from Pittsburgh, Pennsylvania. She is best known as the former president of American Eagle Outfitters Inc. and former chief executive officer of Wet Seal Inc.. McGalla sits on the boards of HFF Inc., a publicly traded company that provides commercial real estate services, and the Magee-Womens Hospital Research Institute and Foundation. She is a former trustee of the University of Pittsburgh and director of the Allegheny Conference on Community Development.

Other Resources About Susan McGalla

What Schools Are Affiliated With Susan McGalla?

Susan McGalla is affiliated with the following schools: