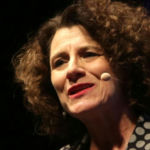 Why Is Susan Pinker Influential?

According to Wikipedia, Susan Pinker is a psychologist, author and social science columnist for The Wall Street Journal. She is a former weekly columnist for The Globe and Mail, and has also written for The New York Times, The Guardian, and The Times of London. Her first book, The Sexual Paradox, was awarded the William James Book Award in 2010 and was published in 17 countries. Her recent book, The Village Effect was a Canadian bestseller and an Apple 2014 nonfiction best pick. Her work has been featured in The Economist, The Financial Times, and Der Spiegel.

Other Resources About Susan Pinker

What Schools Are Affiliated With Susan Pinker?

Susan Pinker is affiliated with the following schools:

What Are Susan Pinker's Academic Contributions?

Susan Pinker has made the following academic contributions: