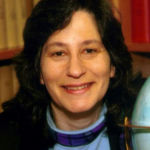 Why Is Susan Solomon Influential?

She has theorized that the hole in the ozone layer above Antarctica was created by interactions between chlorofluorocarbons and ozone. For her work on the ozone, she was awarded the Vetlesen Prize. She has actually been the recipient of a number of prestigious honors. She was awarded the Blue Planet Prize in 2004, shared a Nobel Peace Prize (by way of her work with the International Panel on Climate Change) with Al Gore in 2007, and most recently the Crafoord Prize in Geosciences. She has even had a snow saddle and glacier named for her in Antarctica – the Solomon Saddle and Solomon Glacier.

Her experiences in Antarctica led to her book The Coldest March: Scott’s Fatal Antarctic Expedition, in which she defends Robert Falcon Scott’s leadership on the expedition, which has at times been criticized as ill-prepared. Her evaluation of the incident suggested that the weather conditions faced by Scott and his party were, in fact, unpredictable and unusual, even for Antarctica.

According to Wikipedia, Susan Solomon is an atmospheric chemist, working for most of her career at the National Oceanic and Atmospheric Administration. In 2011, Solomon joined the faculty at the Massachusetts Institute of Technology, where she serves as the Ellen Swallow Richards Professor of Atmospheric Chemistry & Climate Science. Solomon, with her colleagues, was the first to propose the chlorofluorocarbon free radical reaction mechanism that is the cause of the Antarctic ozone hole.

Other Resources About Susan Solomon

What Schools Are Affiliated With Susan Solomon?

Susan Solomon is affiliated with the following schools: