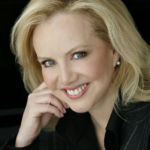 Why Is Susan Stroman Influential?

According to Wikipedia, Susan P. Stroman is an American theatre director, choreographer, film director and performer. Her notable theater productions include The Producers, Crazy for You, Contact, and The Scottsboro Boys. She is a five-time Tony Award winner, four for Best Choreography and one as Best Director of a Musical for The Producers. In addition, she is a recipient of two Laurence Olivier Awards, five Drama Desk Awards, eight Outer Critics Circle Awards, two Lucille Lortel Awards, and the George Abbott Award for Lifetime Achievement in the American Theater. She is a 2014 inductee in the American Theater Hall of Fame in New York City.

Other Resources About Susan Stroman

What Schools Are Affiliated With Susan Stroman?

Susan Stroman is affiliated with the following schools: