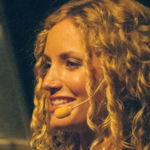 Why Is Suzannah Lipscomb Influential?

Suzannah Lipscomb is a professor of history at the University of Roehampton, an academic and television presenter. She earned an M.A. from Lincoln College at Oxford, and a Ph.D. from Balliol College at Oxford.

Lipscomb is perhaps best known for her work on television, writing and presenting content for such shows as Bloody Tales of Europe and Bloody Tales of the Tower, for National Geographic, The Last Days of Anne Boleyn for BBC Two, and I Never Knew That About Britain, for ITV.

Since 2018, Lipscomb has presented a podcast about England titled,Irreplaceable: A History of England in 100 Places, with journalist Emma Barnett. The podcast series was a silver medalist in the British Podcast Awards for Best Branded Content.

She has also written a number of books about English history, including 1536: The Year that Changed Henry VIII, The King is Dead: The Last Will and Testament of Henry VIII, and The Voices of Nimes: Women, Sex, and Marriage in Reformation Languedoc.

Her journal article, “Crossing Boundaries: Women’s Gossip, Insults and Violence in Sixteenth-Century France” was awarded the Nancy Lyman Roelker Prize in 2012. She is a Fellow of the Royal Historical Society and a consultant to Historic Royal Palaces.

According to Wikipedia, Suzannah Rebecca Gabriella Lipscomb is a British historian, academic and television presenter who has written and appeared in a number of television and radio programmes about British history as well as being a regular panellist on the quiz programme Insert Name Here.

Other Resources About Suzannah Lipscomb

What Schools Are Affiliated With Suzannah Lipscomb?

Suzannah Lipscomb is affiliated with the following schools:

What Are Suzannah Lipscomb's Academic Contributions?

Suzannah Lipscomb has made the following academic contributions: