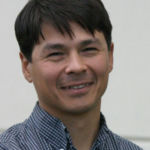 Why Is Sven Haakanson Influential?

According to Wikipedia, Sven Haakanson, Jr. is an American anthropologist who specializes in documenting and preserving the language and culture of the Alutiiq. He served, from 2000-2013, as Executive Director of the Alutiiq Museum in Kodiak, Alaska. He is employed as Associate Professor by the University of Washington, Seattle, and as Curator of North American Anthropology with Burke Museum. In 2007 he was named as a MacArthur Fellow for being a leader in the effort to rekindle Alutiiq language, customs and culture.

Other Resources About Sven Haakanson

What Schools Are Affiliated With Sven Haakanson?

Sven Haakanson is affiliated with the following schools: