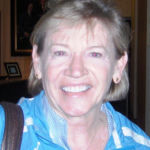 Why Is Sylvia Hatchell Influential?

According to Wikipedia, Sylvia Rhyne Hatchell is a former American women's basketball coach, who last coached for the University of North Carolina at Chapel Hill and was the fifth with the most career wins in NCAA women's basketball history, behind former Tennessee coach Pat Summitt, Stanford coach Tara VanDerveer, and UConn coach Geno Auriemma. She competed with USA Basketball as the head coach of the 1994 Jones Cup Team that won the gold in Taipei. Hatchell was inducted into the Women's Basketball Hall of Fame in 2004.

Other Resources About Sylvia Hatchell

What Schools Are Affiliated With Sylvia Hatchell?

Sylvia Hatchell is affiliated with the following schools: