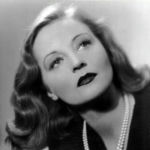 Why Is Tallulah Bankhead Influential?

According to Wikipedia, Tallulah Brockman Bankhead was an American actress. Primarily an actress of the stage, Bankhead also appeared in several prominent films including an award-winning performance in Alfred Hitchcock's Lifeboat . She also had a brief but successful career on radio and made appearances on television as well. In all, Bankhead amassed nearly 300 film, stage, television and radio roles during her career. She was inducted into the American Theater Hall of Fame in 1972 and the Alabama Women's Hall of Fame in 1981.

Other Resources About Tallulah Bankhead

What Schools Are Affiliated With Tallulah Bankhead?

Tallulah Bankhead is affiliated with the following schools: