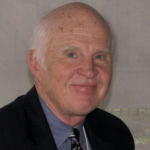 Why Is Taylor Branch Influential?

According to Wikipedia, Taylor Branch is an American author and historian who wrote a Pulitzer Prize winning trilogy chronicling the life of Martin Luther King Jr. and much of the history of the American civil rights movement. The final volume of the 2,912-page trilogy, collectively called America in the King Years, was released in January 2006, and an abridgment, The King Years: Historic Moments in the Civil Rights Movement, was published in 2013.

Other Resources About Taylor Branch

What Schools Are Affiliated With Taylor Branch?

Taylor Branch is affiliated with the following schools: