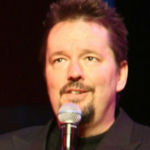 Why Is Terry Fator Influential?

According to Wikipedia, Terry Wayne Fator is an American ventriloquist, impressionist, stand-up comedian, and singer. Born in Dallas, Texas, he developed an interest in ventriloquism from a young age, developing both this and a talent for singing. After initially performing with two bands, Fator eventually conducted solo performances, combining ventriloquism and singing with comedy. He gained national recognition for his talent when he won the second season of America's Got Talent, which helped to boost his career.

Other Resources About Terry Fator

What Schools Are Affiliated With Terry Fator?

Terry Fator is affiliated with the following schools: