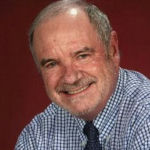 Why Is Terry Hanson Influential?

According to Wikipedia, Terry Hanson is a retired American radio personality of the John Boy and Billy Big Show, a nationally syndicated radio show. He was the first head of the sports division at TBS Sports and a National Association of Intercollegiate Athletics National Men's Soccer Coach of the Year. He has also owned and operated the Charlotte, North Carolina-based Hanson Enterprises since 1994.

Other Resources About Terry Hanson

What Schools Are Affiliated With Terry Hanson?

Terry Hanson is affiliated with the following schools: