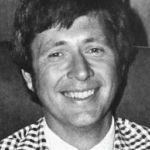 Why Is Terry Holland Influential?

According to Wikipedia, Michael Terrence Holland is an American college athletics administrator and former basketball player and coach. He is currently the emeritus director of athletics and special assistant to Chancellor Steve Ballard at East Carolina University. Holland served as the head men's basketball coach at Davidson College from 1969 to 1974 and at the University of Virginia from 1974 to 1990, compiling a career college basketball coaching record of 418–216. While coaching at Virginia, he was responsible for signing the nation's top-ranked high school basketball player, seven-foot-four-inch Ralph Sampson, who went on to become a three-time consensus collegiate national player-of-the-year as a Cavalier. Following his retirement from coaching, Holland was the athletic director at Davidson from 1990 to 1994, at Virginia from 1994 to 2001, and at East Carolina from 2004 to 2013.

Other Resources About Terry Holland

What Schools Are Affiliated With Terry Holland?

Terry Holland is affiliated with the following schools: