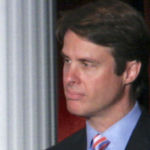 Why Is Terry Moran Influential?

According to Wikipedia, Terry Moran is an American journalist, currently Senior National Correspondent at ABC News. Based in Washington, D.C., Moran covers national politics and policy, reporting from the Trump White House, the Supreme Court, and the campaign trail for all ABC News programs. Previously, Moran served as ABC's Chief Foreign Correspondent from 2013-2018; as co-anchor of the ABC News show Nightline from 2005-2013; and as Chief White House Correspondent from 1999-2005.

Other Resources About Terry Moran

What Schools Are Affiliated With Terry Moran?

Terry Moran is affiliated with the following schools: