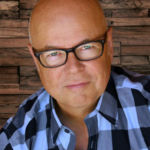 Why Is Terry O'Reilly Influential?

According to Wikipedia, Terry O'Reilly is a Canadian broadcast producer and personality, best known as host of the CBC Radio One series O'Reilly on Advertising, The Age of Persuasion, and most recently Under the Influence - which alone has received nearly 30 million podcast downloads. These programs examine the cultural and sociological impact of advertising and marketing on modern life.

Other Resources About Terry O'Reilly

What Schools Are Affiliated With Terry O'Reilly ?

Terry O'Reilly is affiliated with the following schools: