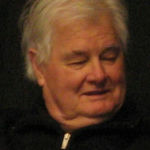 Why Is Tex Winter Influential?

According to Wikipedia, Morice Fredrick "Tex" Winter was an American basketball coach and innovator of the triangle offense. He was a head coach in college basketball for 30 years before becoming an assistant coach in the National Basketball Association . He was an assistant to Phil Jackson on nine NBA championship teams with the Chicago Bulls and the Los Angeles Lakers. Winter was inducted to the Naismith Memorial Basketball Hall of Fame in 2011.

Other Resources About Tex Winter

What Schools Are Affiliated With Tex Winter?

Tex Winter is affiliated with the following schools: