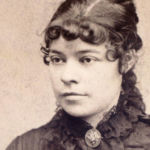 Why Is Thekla M. Bernays Influential?

According to Wikipedia, Thekla M. Bernays was an American author, journalist, artist, art collector, speaker, and suffragette. Early life and family Bernays was born in Highland, Illinois, in 1856, the second child of Dr. George J. Bernays and Minna Bertrand. She was the granddaughter of Clemens Bernays, and great-granddaughter of Jacob Gera Bernays. The Bernays family has many cultural ties in history. Thekla's mother was the daughter of Frederick Doering, of Germany, and granddaughter of Seris Bertrand, of France. Her parents met in Germany but married in St. Louis at the residence of Henry Boernstein, well known theatrical manager and head of a newspaper at that time. Her brother was Dr. Augustus Charles Bernays , a St. Louis surgeon. Bernays would later publish her brother's memoir in 1912.

Other Resources About Thekla M. Bernays

What Schools Are Affiliated With Thekla M. Bernays?

Thekla M. Bernays is affiliated with the following schools: