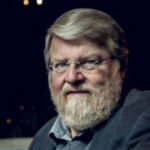 Why Is Thomas Albert Influential?

According to Wikipedia, Thomas Albert is an American composer and educator. He attended the public schools of Lebanon, Pennsylvania and Wilson, North Carolina. In 1970, he received the degree A.B. from Atlantic Christian College . He received the M.Mus. and D.M.A. in composition from the University of Illinois at Urbana-Champaign.

Other Resources About Thomas Albert

What Schools Are Affiliated With Thomas Albert?

Thomas Albert is affiliated with the following schools: