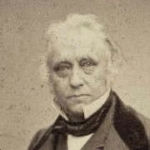 Why Is Thomas Babington Macaulay Influential?

According to Wikipedia, Thomas Babington Macaulay, 1st Baron Macaulay, was a British historian and Whig politician. He is considered primarily responsible for introducing the British education system in India. He wrote extensively as an essayist, on contemporary and historical sociopolitical subjects, and as a reviewer. His The History of England was a seminal and paradigmatic example of Whig history, and its literary style has remained an object of praise since its publication, including subsequent to the widespread condemnation of its historical contentions which became popular in the 20th century.

Other Resources About Thomas Babington Macaulay