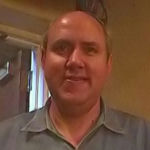 Why Is Thomas Bopp Influential?

According to Wikipedia, Thomas Joel Bopp was an American amateur astronomer. In 1995, he discovered comet Hale–Bopp; Alan Hale discovered it independently at almost the same time, and it was thus named after both of them. At the time of the comet discovery he was a manager at a construction materials factory and an amateur astronomer. On the night of July 22, Bopp was observing the sky with friends in the Arizona desert when he made the discovery. It was the first comet he had observed and he was using a borrowed, home-built telescope.

Other Resources About Thomas Bopp

What Schools Are Affiliated With Thomas Bopp?

Thomas Bopp is affiliated with the following schools: