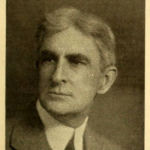 Why Is Thomas Dixon Jr. Influential?

According to Wikipedia, Thomas Frederick Dixon Jr. was an American white supremacist, Baptist minister, politician, lawyer, lecturer, novelist, playwright, and filmmaker. Referred to as a "professional racist", Dixon wrote two best-selling novels, The Leopard's Spots: A Romance of the White Man's Burden – 1865–1900 and The Clansman: A Historical Romance of the Ku Klux Klan , that romanticized Southern white supremacy, endorsed the Lost Cause of the Confederacy, opposed equal rights for blacks, and glorified the Ku Klux Klan as heroic vigilantes. Film director D. W. Griffith adapted The Clansman for the screen in The Birth of a Nation , which inspired the creators of the 20th-century rebirth of the Klan.

Other Resources About Thomas Dixon Jr.

What Schools Are Affiliated With Thomas Dixon Jr.?

Thomas Dixon Jr. is affiliated with the following schools:

Thomas Dixon Jr. has made the following academic contributions: