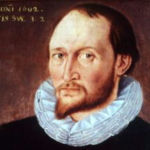 Why Is Thomas Harriot Influential?

According to Wikipedia, Thomas Harriot , also spelled Harriott, Hariot or Heriot, was an English astronomer, mathematician, ethnographer and translator to whom the theory of refraction is attributed. Thomas Harriot was also recognized for his contributions in navigational techniques, working closely with John White to create advanced maps for navigation. While Harriot worked extensively on numerous papers on the subjects of astronomy, mathematics and navigation, he remains obscure because he published little of it, namely only The Briefe and True Report of the New Found Land of Virginia . This book includes descriptions of English settlements and financial issues in Virginia at the time. He is sometimes credited with the introduction of the potato to the British Isles. Harriot was the first person to make a drawing of the Moon through a telescope, on 26 July 1609, over four months before Galileo Galilei. After graduating from St Mary Hall, Oxford, Harriot traveled to the Americas, accompanying the 1585 expedition to Roanoke island funded by Sir Walter Raleigh and led by Sir Ralph Lane. He learned the Carolina Algonquian language from two Native Americans: Wanchese and Manteo and Harriot could translate it, making him a vital member of the expedition. On his return to England, he worked for the 9th Earl of Northumberland.

Other Resources About Thomas Harriot

What Schools Are Affiliated With Thomas Harriot?

Thomas Harriot is affiliated with the following schools:

What Are Thomas Harriot's Academic Contributions?

Thomas Harriot has made the following academic contributions: