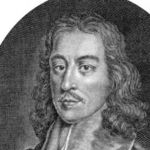 Why Is Thomas Willis Influential?

According to Wikipedia, Thomas Willis FRS was an English doctor who played an important part in the history of anatomy, neurology and psychiatry. He was a founding member of the Royal Society. Life Willis was born on his parents' farm in Great Bedwyn, Wiltshire, where his father held the stewardship of the Manor. He was a kinsman of the Willys baronets of Fen Ditton, Cambridgeshire. He graduated M.A. from Christ Church, Oxford in 1642. In the Civil War years he was a royalist, dispossessed of the family farm at North Hinksey by Parliamentary forces. In the 1640s Willis was one of the royal physicians to Charles I of England.Once qualified B. Med. in 1646, he began as an active physician by regularly attending the market at Abingdon.

Other Resources About Thomas Willis

What Schools Are Affiliated With Thomas Willis?

Thomas Willis is affiliated with the following schools: