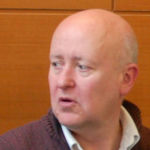 Why Is Tim Page Influential?

According to Wikipedia, Tim Page is an American writer, music critic, editor, producer and professor who won the 1997 Pulitzer Prize for his music criticism for The Washington Post. Anthony Tommasini, the chief music critic for The New York Times, has praised Page's criticism for its "extensive knowledge of cultural history, especially literature; the instincts and news sense of a sharp beat reporter; the skills of a good storyteller; infectious inquisitiveness; immunity to dogma; and an always-running pomposity detector." Other notable writings by Page include his biography of the novelist Dawn Powell, which is credited for helping to spark the revival of Powell's work, and a memoir that chronicles growing up with undiagnosed autism spectrum disorder.

Other Resources About Tim Page

What Schools Are Affiliated With Tim Page ?

Tim Page is affiliated with the following schools:

Tim Page has made the following academic contributions: