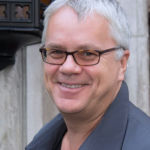 Why Is Tim Robbins Influential?

According to Wikipedia, Timothy Francis Robbins is an American actor, filmmaker, and musician. He is known for portraying Andy Dufresne in the film The Shawshank Redemption , and has won an Academy Award and two Golden Globe Awards for his roles in the films The Player and Mystic River .

Other Resources About Tim Robbins

What Schools Are Affiliated With Tim Robbins?

Tim Robbins is affiliated with the following schools: