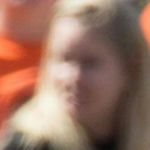 Why Is Tim Wallach Influential?

According to Wikipedia, Timothy Charles Wallach is an American former professional baseball player and coach. He played seventeen seasons in Major League Baseball as a third baseman, most notably for the Montreal Expos from to . A five-time All-Star, Wallach excelled as an offensive and as a defensive player, winning 2 Silver Slugger Awards and 3 Gold Glove Awards. In addition to the Expos, he also played for the Los Angeles Dodgers and Los Angeles Angels and coached for the Dodgers and Miami Marlins.

Other Resources About Tim Wallach

What Schools Are Affiliated With Tim Wallach?

Tim Wallach is affiliated with the following schools: