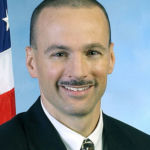 Why Is Timothy P. Murphy Influential?

According to Wikipedia, Timothy P. Murphy is an American law enforcement officer and a former Deputy Director of the Federal Bureau of Investigation. Murphy joined the FBI in September 1988. He has formerly served in FBI field posts in cities such as Newark, Tampa, Washington, DC, and Cincinnati along with several post at FBI Headquarters. Murphy has investigative experience in a number of matters including counterterrorism, organized crime and drug trafficking. His experience also expands into undercover and surveillance work. Murphy's executive experience includes being the special agent in charge of the Washington Field Office, special agent in charge of the Cincinnati Division, and a member of the Director's Special Agent in Charge Advisory Committee.

Other Resources About Timothy P. Murphy

What Schools Are Affiliated With Timothy P. Murphy?

Timothy P. Murphy is affiliated with the following schools: