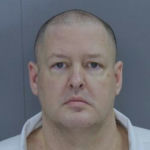 Why Is Todd Kohlhepp Influential?

According to Wikipedia, Todd Christopher Kohlhepp is an American serial killer, sex offender, and mass murderer convicted of murdering seven people in South Carolina between 2003 and 2016. Early life Todd Kohlhepp was born on March 7, 1971, in Florida, and was raised in South Carolina and Georgia. His parents divorced when he was two years old, his mother got custody and married another man the following year. Later psychological reports found that Kohlhepp had an unhealthy relationship with his stepfather and often wanted to live with his biological father, whom he had not seen in eight years.

Other Resources About Todd Kohlhepp

What Schools Are Affiliated With Todd Kohlhepp?

Todd Kohlhepp is affiliated with the following schools: