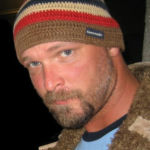 Why Is Todd Farmer Influential?

According to Wikipedia, Todd Farmer is an American screenwriter and actor known for his work in the horror genre. He wrote or co-wrote the story or screenplay for Jason X , The Messengers , My Bloody Valentine 3D , and the action film Drive Angry .

Other Resources About Todd Farmer

What Schools Are Affiliated With Todd Farmer?

Todd Farmer is affiliated with the following schools: