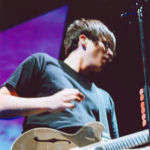 Why Is Tom DeLonge Influential?

According to Wikipedia, Thomas Matthew DeLonge is an American musician, singer, songwriter, author, and actor. Possessing a distinctive nasal singing voice, he is the lead vocalist and guitarist of the rock band Angels & Airwaves, which he formed in 2005, and was the co-lead vocalist, guitarist, and co-founder of the rock band Blink-182 from its formation in 1992 until his departure from the group in 2015.

Other Resources About Tom DeLonge

What Are Tom DeLonge's Academic Contributions?

Tom DeLonge has made the following academic contributions: