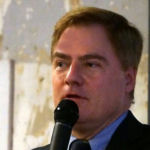 Why Is Tom G. Palmer Influential?

According to Wikipedia, Tom Gordon Palmer is an American libertarian author and theorist, a Senior Fellow at the Cato Institute and Vice President for International Programs at the Atlas Network. Professional life Palmer earned his B.A. in liberal arts from St. John's College, his M.A. in philosophy from The Catholic University of America, and his doctorate in political science from Oxford University, where he was an H. B. Earhart Fellow at Hertford College and the President of the Oxford Hayek Society.

Other Resources About Tom G. Palmer

What Schools Are Affiliated With Tom G. Palmer?

Tom G. Palmer is affiliated with the following schools: