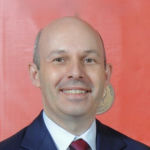 Why Is Tom Goldstein Influential?

According to Wikipedia, Thomas Che Goldstein, known as simply Tom Goldstein, is an American lawyer known for his advocacy before and blogging about the Supreme Court of the United States. He was a founding partner of Goldstein and Howe , a Washington, D.C., firm specializing in Supreme Court litigation, and was, until the end of 2010, a partner at Akin Gump, where he was co-head of the litigation and Supreme Court practices. In 2003, he co-founded SCOTUSblog, the most widely read blog covering the Supreme Court, and remains the publisher and occasional contributor, providing analyses and summaries of Supreme Court decisions and cert petitions. He has taught Supreme Court Litigation at Harvard Law School since 2004, and at Stanford Law School from 2004-2012.

Other Resources About Tom Goldstein

What Schools Are Affiliated With Tom Goldstein?

Tom Goldstein is affiliated with the following schools: