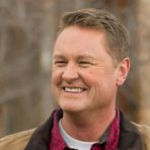 Why Is Tommy Ahlquist Influential?

According to Wikipedia, John Thomas Ahlquist III is an American businessman, commercial real-estate developer, and retired physician from Idaho. He is the CEO of the development firm, Ball Ventures Ahlquist . Prior to that, he was the COO of the Gardner Company where he helped develop projects like the Eighth & Main building and City Center Plaza in downtown Boise. He was a candidate for the Republican Party nomination for Governor of Idaho in the 2018 Idaho gubernatorial election.

Other Resources About Tommy Ahlquist

What Schools Are Affiliated With Tommy Ahlquist?

Tommy Ahlquist is affiliated with the following schools: