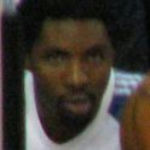 Why Is Tony Allen Influential?

According to Wikipedia, Anthony Allen , nicknamed "the Grindfather," is an American former professional basketball player who played for 14 seasons in the National Basketball Association . He is a six-time member on the NBA All-Defensive Team, including three times on the All-Defensive First Team. Allen won an NBA championship with the Boston Celtics in 2008. He was considered to be one of the best defenders in the league during his career.

Other Resources About Tony Allen

What Schools Are Affiliated With Tony Allen ?

Tony Allen is affiliated with the following schools: