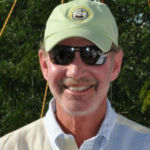 Why Is Tony Kornheiser Influential?

According to Wikipedia, Anthony Irwin Kornheiser is an American television sports talk show host and former sportswriter and columnist. Kornheiser is best known for his endeavors in three forms of media: as a writer for The Washington Post from 1979 to 2001, as a co-host of ESPN's Emmy Award-winning sports debate show Pardon the Interruption since 2001, and as the host of The Tony Kornheiser Show, a radio show and podcast. Longtime ESPN executive John Walsh once declared that "in the history of sports media, [Kornheiser] is the most multitalented person ever."

Other Resources About Tony Kornheiser

What Schools Are Affiliated With Tony Kornheiser?

Tony Kornheiser is affiliated with the following schools: