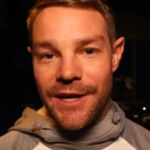 Why Is Tony Miles Influential?

According to Wikipedia, Tony Miles is an American professional poker player, originally from Ogden, Utah but now residing in Jacksonville, Florida. In 2018 he was runner-up at the World Series of Poker Main Event. Miles attended Stadium High School in Tacoma, Washington and the University of North Florida. Prior to the Main Event, his largest career cash was for $18,000 at a WPT Regional Event in Jacksonville in 2011. He had two prior cashes at the WSOP, both in 2018. Miles suffered from alcohol and drug addiction in his past.

Other Resources About Tony Miles

What Schools Are Affiliated With Tony Miles ?

Tony Miles is affiliated with the following schools: