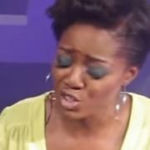 Why Is Tonye Garrick Influential?

According to Wikipedia, Tonye Garrick , simply known as Tonye is a British-born Nigerian singer and songwriter. Her accapella song titled "What About Us?" was used at the Nigerian Youth Presidential debate in 2011. Born in England, Tonye was raised in France, Nigeria and the United States of America where she dropped her job as a business consultant to pursue a career in music in 2013. In 2015, she released a marriage-themed single title "Ari Belema" which got her nominated in the "Most Promising Act" category at the 2015 Nigeria Entertainment Awards. She is signed to Made Men Music Group since April 2016.

Other Resources About Tonye Garrick

What Schools Are Affiliated With Tonye Garrick?

Tonye Garrick is affiliated with the following schools: